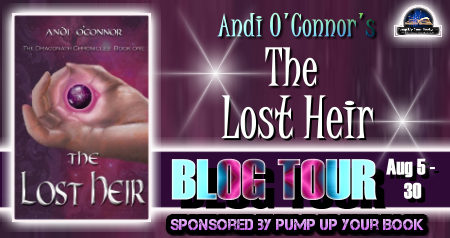 What are your thoughts on ebooks? (i.e. love them, hate them, wave of the future)
I don’t think I can write my ACTUAL thoughts on ebooks, but to be blunt, I personally hate them. I tried reading an ebook once (long story) and couldn’t get past the first page. It just wasn’t the same for me. I love holding a book. I love feeling the texture of the pages and smelling the paper. I love the thickness, the weight, the size. Yes, the story is the same in both the ebook and print versions, but for me, the experience was nowhere near the same.

That being said, I understand why people like them, especially in regards to convenience. I think they have gotten some people to read who might not have before, which is awesome. In the end, they’re for some people and they’re not for others. It’s not my place to say someone must read a book in one format or another.

Do you read reviews written about your book?
Despite numerous suggestions to the contrary, I do. *hangs my head in shame* I have yet to get a horrible review, which I know I cannot avoid forever, so I may change my habits when the inevitable occurs. It is certainly difficult to hear someone criticize something that is so dear to me, but so far, I’ve found most of the reviews to have something that I can learn from and apply to my future writing. There are some things I don’t agree with and some things people didn’t like that I did intentionally, but in the end, the criticism I’ve received has been constructive.

Everyone is entitled to their opinion, and it is neat to see what people think, though it is easy to become defensive. That being said, no writer is going to please everyone, and I think a writer who focuses too much on reviews runs the risk of going insane. Of course, the feeling I get when someone compliments me on my work is indescribable!

Do you write your book from page 1 to the end, or do you jump around?
I am a page 1 to the end kind of gal. I don’t outline or do any form of planning before I begin writing. Sometimes, I don’t even have a general idea of what I want to have happen by the end, so it would be rather difficult for me to jump around. I let the characters and events build upon one another and propel me through the story from beginning to end. There are times when a scene will spark an idea for a later development and I will jot down a few notes so I don’t forget, but I won’t skip ahead and write. In a way, I find that rather restricting and would probably end up deleting most of it anyway!

What input, if any, did you have in the cover design?
I had a great deal of input on the cover for The Lost Heir, which made me an exceptionally happy Andi. I also got to work with an artist who I know, and she did a great job in translating my non-artistic descriptions and horrible stick figure doodles into something that was essentially the exact image I’d envisioned in my mind. I am using her again for my upcoming novel, Silevethiel, which is the first book in a new fantasy series, and I am absolutely in love with the lioness she drew. At the risk of making you all think I’m a nutcase, I will admit that I just sit at my desk and stare at it with my mouth hanging open in sheer awe. I literally feel like a 3-year-old at a circus.

The Lost Heir is Andi O’Connor’s debut novel and is available in both paperback and eBook. Her second novel, Silevethiel, is slated for release in October, 2013. She is a member of the International Women’s Writing Guild, the National Writers Association, The Association of Writers & Writing Programs, and the Boston Chapter of the Women’s National Book Association. Andi lives in Pennsylvania with her husband, son, and four dogs.

Always a meticulous planner, Darrak Hunter leads a dull life until his dreams become plagued with visions of a peculiar and distant world. Waking up to a brilliant purple sun looming ominously in the sky, Darrak is met by a mysterious violet-eyed sorcerer who whisks him away from the struggling Earth.

Thrown into the clutches of a foreign world where magic is reality and not all is as it seems, Darrak embarks on a journey where he is forced to come to terms with his past and do what he can to shape the future. Accompanied by a talented swordswoman, a prince, and a beautiful young sorceress, he must overcome cunning plots of treachery and betrayal to discover the strength to stand against a destructive black magic and an enemy who is a master at deception.

Week in review May 4

One Response to “Interview: Andi O’Connor”