Today I have a guest post from Shannon Kennedy, author of a couple already published adult books, and a couple of soon-to-be-released YA books.

Hi Sarah, Thanks for inviting me. I’m glad to be here to talk about what I do to keep writing!

When I attended Washington State University several years ago, I really wanted to find a critique group in Pullman, WA. I did and learned a great deal from the other writers who meet once a week at the Skippers restaurant in nearby Moscow, ID. We traded our latest chapters. Then we were expected to read our work from the previous week aloud, getting not only written critiques but verbal ones as well.

The name of the group was Writer’s Bloc, and the expectation of regular submissions to critique along with the assignments due for my English courses meant there wasn’t time for me to opt out. I had to write every day either for class or for critique. As more experienced members told me, it’d be easier to listen to their advice if I brought in the “raw” or “rough drafts.” After all, I’d be revising and polishing that work anyway.

It was a smart choice and one I follow to this day more than twenty years later. I’m constantly multi-tasking between all the different “hats” I wear. I work on the family farm, a 113 acre riding stable. I substitute teach in four different school districts – a lesson I learned while doing temporary office work – if I signed with one agency, I was dependent on what work they had available. By signing with four agencies, I worked every day. And now, I teach whenever I want during the school year.

However, that’s not all I do. When I’m home at the riding stable, I organize most of the riding programs, teach horsemanship around my day-job as a substitute teacher, nurse sick horses, hold for the shoer, train whoever needs it – four-legged and two-legged. And write books in my spare time, usually from 8PM to 2AM, seven days a week after a long day on the ranch. When I can’t write, due to the overwhelming needs and pressures of the “real” world, words and stories fill my mind. Even when I muck the barn, or drive my bulldozer, Frou-Frou, I think about books or short stories or pieces in progress and map out the writing in my mind.

In 2010, BookStrand bought one of my romances, a historical about a woman who masquerades as a man in the old West. Then, they bought a second book, a contemporary about a divorced mom who runs a pony farm and falls in love with her new horseshoer. My third book just came out. And joy of joys, for Christmas 2011, Black Opal Books bought the first two books in my young adult realistic fiction series.

The Stewart Falls Cheerleader series is about a cheer squad at a private high school in western Washington, because “Sometimes, you have to be your own cheerleader.” And these books have a special place in my heart – I think I have a new “fave.” In the series, selected girls overcome problems that life hurls at them.

The start of the series is Throw Away Teen. It’s the story of one of those girls, B.J. Larson. She grew up in foster care, bouncing from home to home since she was a toddler and now she’s in my fictional town of Stewart Falls, Washington living with an older couple, Liz and Ted Driscoll. As B.J. says, they’re different – kind of what she always thought grandparents would be like, only nice. And Ted even gives her a puppy that she names, Guard-dog. Still, it doesn’t matter what anyone tells her, she knows she’s passing through and will soon be back in the group home or on the streets of Seattle.

The second book, Asking For It is about dating violence. The flyer of the squad, Sarah Flynn thinks she’s found the boy of her dreams, only to discover she’s living in a nightmare. No matter how hard she tries, she can’t seem to please him. When she disagrees with him, it grows harder and harder to explain her constant injuries. Will she even survive to Homecoming, much less the end of football season? Can she get out of this relationship alive?

I have two different websites so if you like cowboys and western romances, pop in for a visit at www.josiemalone.com or if you’re ready to go to Stewart Falls, see me at www.shannonkennedybooks.com

Either way, it was good to meet you! 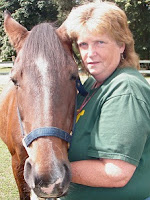 About Shannon Kennedy
As a child, I loved to dream away the days in an old cherry tree on my family’s pony farm. In my imagination, the tree became a beautiful Arabian stallion, a medieval castle and even a pirate ship. I got in trouble for making my little sisters walk the plank, but hey, they never broke any bones. On rainy days, I headed for my fort in the hayloft. While the rain thudded on the cedar shingled roof, I read books, eventually trading Carolyn Keene for Georgette Heyer. I used the setting of the pony farm for my second romance from BookStrand. My second mainstream western romance, The Daddy Spell is a finalist in the Colorado RWA Award of Excellence contest.
Today I live on the family ranch in the Cascade foothills of Washington State in what was once a summer vacation cabin. It’s been modernized and even has indoor plumbing – woo-hoo! I share the cabin with my two cats or maybe, they share it with me. I usually write at night after a long day on the ranch. Some days are longer and harder than others, but I still write from 8PM to 2AM, seven days a week. As a substitute school teacher, I love the school breaks but I’m just as busy, since there are 36 horses to look after, along with other assorted animals.

With all the critters on the ranch, I don’t have time for a husband. As for kids, I have to give back the ones who come to learn how to ride at the end of each day. Now, I’m teaching the kids and grandkids of the ones I taught way back when we started. I’ve had a lot of adventures over the years – and in my next 50 years, I plan to write all about them. I hope you enjoy reading about them!