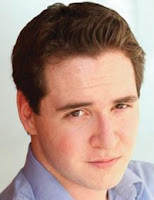 Today I have an interview with David Wasserman, author of the newly released book The Eternal Child. David is only a senior in high school, so watch for his name on books for many years to come.

What is your book about?
My book is about a fugitive vampire who has been on the run for his entire existence. He suddenly comes to the rescue of a young woman who had been attacked by what appears to be an animal. For some reason he decides to stop running, and stays with her. He integrates himself into her life, and gets to know her friends, and is finally able to pursue a human-esque life. That is until vampires from all over the globe catch up with him looking to collect his bounty. The true essence of the book is this: For every vampire, there is one human, one human in the entire world who can make that vampire a human again, but the catch is, they may come at any time, and only once. If the human dies or becomes a vampire, then that vampire will never get another chance to become human again.

Why did you decide to write it?

I decided to write this story, because I feel somewhere in the recent years, vampires have been stripped of what makes them what they are. In my opinion, vampires are the most dangerous of the mythological creatures. They are all about seduction and corruption, not to mention they have all of these illusionistic powers. I wanted to bring that back to vampires, and I hope I did.

How did you get your book published?

I sent in my manuscript to Outskirtspress, hoping that self-publishing was a smart direction, and I was more than happy with the result.

What types of readers will be interested in your book?

Hopefully the readers that are big on fiction and heavy sci-fi, but I feel it could appeal to all kinds of readers, the story is much, much more than just vampires.

What is special about your book? What differentiates it from other books in the same category?

Personally, what I feel is special about my book is it’s heart, the human connections these non-human creatures make with ordinary human beings. What I feel differentiates it from other books in the same category, would have to be the depth and emotion behind the characters, especially the vampires. Because it shows how such an inhuman thing can feel human emotions stronger than most human beings could.

Thanks so much for stopping by. Good luck in the future, and I hope to see when you release your next book.

The Eternal Child by David Wasserman

For centuries, Alex Montera has led a life of running and hiding. That all changes when he comes to the rescue of Iris Lisanté. He finds himself mysteriously drawn to her, and as the two grow close, Iris soon discovers a world beyond her wildest imagination, a world of vampires, werewolves, and other creatures hidden from the rest of the world. Unknown to Iris, a bounty on Alex’s head has forced him to lead a rather reclusive life. As every vampire in the world, led by Alex’s elusive, sadistic sire William, catches up with him, Iris finds that with Alex, she is swept into a centuries old feud, that has been carried and fought for centuries, one from which there may be no escape.